A guide to living in Pontefract

Pontefract is an historic West Yorkshire market town. It’s name originates from the latin words for broken bridge, Pons (bridge) Fractus (broken) Located near the M1 and M62 motorways, the town provides a great base for busy commuters travelling to nearby cities such as Leeds or Doncaster. 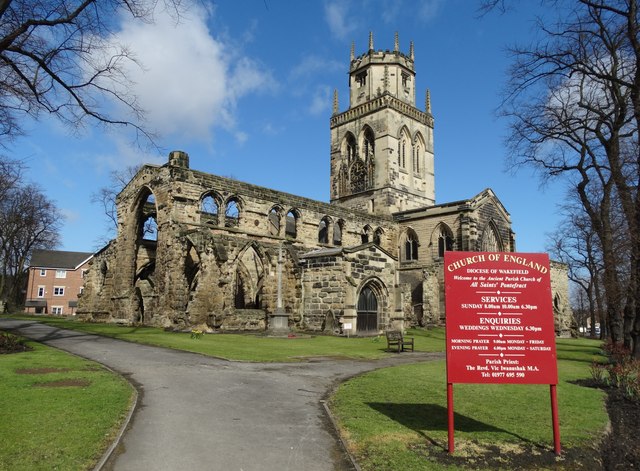 The local area is steeped in history, with Pontefract Castle being the site of many famous 17th century sieges during the English Civil War. It is believed that King Richard ll died there. In the heart of Pontefract town centre’s market place is the Buttercross, built in 1734 where locals would gather to buy locally produced butter, milk and eggs adjacent to this is the 12th century St Giles Church.

Nearby is Pontefract Racecourse one of the longest continuous flat racing circuits in Europe with a 2 mile full circuit.

Those with a sweet tooth may also want to note that Pontefract is also home of the Pontefract cake, which is not actually a cake at all but round soft liquorice flavoured sweets.

The town has plenty of nearby amenities for families too, with Xscape providing a wide range of activities from skiing to trampolining, plus retail therapy and restaurants galore, all under one roof.

With an average house price of just over £164,000 Pontefract offers affordable living in a convenient location, so if you are looking to move to the Pontefract area, why not come and talk to us today?

« Why should I use a letting agent?Apprentices prove the worth of on-the-job training »