Apprentices prove the worth of on-the-job training

For the past five years, Richard Kendall Estate Agent has participated in the National Apprenticeship Scheme -a scheme that has benefitted both the agency and the young people they have nurtured. 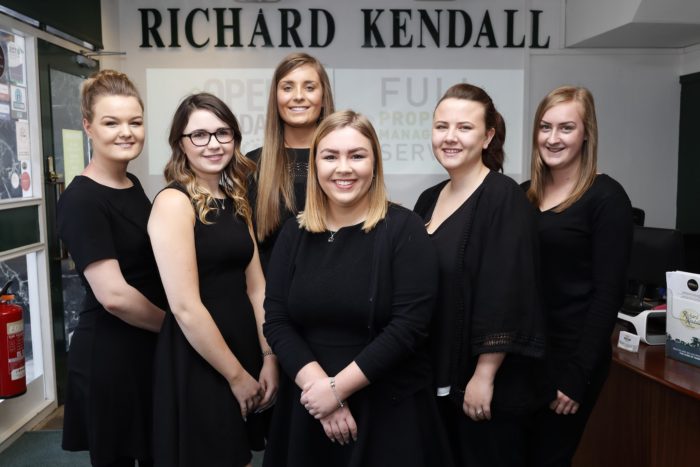 Director Claire Kendall said:
“The scheme has worked very well for us as a company. It’s an ideal way for young people to get on the career ladder and learn new skills while earning a wage. “It’s a completely different experience to college and eases them in very gently, “While working for us they study towards their Level Two in business administration, a qualification that will stand them in good stead whatever they decide to do in the future.”

There are currently seven members of staff who have been through the apprenticeship scheme – two of whom are still currently studying. Jade Merritt, aged 22, was the first apprentice taken on by Richard Kendall five years ago. She began work at the Horbury lettings office, completed her apprenticeship and is now a permanent member of the accounts department in Wakefield.

Newest recruit Danya Parker, 20, joined the company seven weeks ago. After A-Levels she spent a year at university on a business studies course before realising it was not what she wanted to do. She saw an advertisement for the apprenticeship, applied and was lucky to be accepted. She said: “I wanted to work in this field anyway and would have looked for a job in an estate agency at the end of my degree course, so it made complete sense to do an apprenticeship course and learn on the job instead.” Kate Thickett has since gone on to studying for her professional qualifications with the Association of Residential Letting Agents, while Sophie Crossley is currently
finalising her Level 3 in business administration before hoping to progress towards taking the National Association of Estate Agency qualifications.

Alex Foy and Rose Silverwood both currently work at the Wakefield office with Alex having completed her studies and is looking forward to furthering her career in estate agency.Both Katy and Jenny Rothery had spent a week at Richard Kendall on work experience while still at school and were so impressed with the job and the opportunities it offered they both applied to come back as apprentices, turning down their places at college to study A-Levels. Claire added: “We have been really pleased with the apprentices we have taken on and the study programme the business college have put together for us.

“The majority of our apprentices have progressed and have been a real asset to the company as a
whole. “I would advise any company to consider taking part in the apprentice scheme as it provides the younger generation with a great start in their working life and a fantastic opportunity to gaining employment.”

« A guide to living in PontefractBudget to buying your first home »